Lexicalpixies Be led into the obscure

The Letter ‘Y’ makes its appearance besides the official vai logo to raise the anticipation level higher for the upcoming Steve Vai album. The latest post on social networking site announced a teaser for the curious fans.

Source: http://www.vai.com/ Steve Vai posing in front of the wall with the graffit'Y' of the partial album name and the official logo!

“Hey folks, I have the name of the new record but not quite ready to reveal it. See if you can guess it. We will add letters little by little until all is revealed.”

The official site has also announced the launch of GuitarTV.com an interactive, 24-hour online video channel. The main highlights of the video channel will include performances of the world’s greatest guitar players in multiple genres, live concerts, guitar related movies and plenty more.

GuitarTV.com will be launched on May 10th accompanying a live event from Musicians Institute in Hollywood. The official site has announced an Ibanez JEM as prize for fans who will RSVP & join online for the launch. To get early site access register at www.guitartv.com.

True to his words on the hunt for exotic guitar brutalities, ‘Guitar God’ Steve Vai, has shared his inner feelings about the track ‘Innerness’ from his upcoming album. The latest post from Steve, on the social media site reads:

“Sometimes I sit in the studio and get an idea, work on it and when I listen to it back, it surpasses my expectations. That’s what just happened here at the new Harmony Hut and I’m blown away. Painfully beautiful piece called “Innerness”. The new record is starting to take shape from audio gold. I just can’t wait for you to hear it.
I know it’s taking me a long time. It always does. So sorry about that.
s”

With anticipation building up for the new 2011 Steve Vai album, the eager fans know that this is definitely worth waiting. Meanwhile as announced in the official Steve Vai website, ‘“The Bodhi Tree” VaiTunes #7 is now available online for download on all the major digital music retailers

Steve Vai in search of “guitar brutalities” in new year 2011 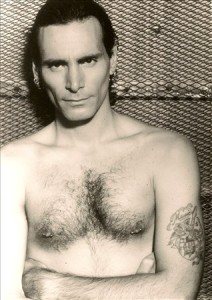 ‘Guitar God’ Steve Vai has dived into work right at the start of the new year. The three time Grammy Award-winner posted on Facebook that he was in search of “guitar brutalities” while wishing all his fans a Happy New Year.

Vai, who released Where the Other Wilds Are in 2010 following the 2009’s Where the Wild Things Are, has revealed that the new year will also bring in another album.

“I am just right now starting to work on a new record… right… now!
I’m diving into the infinity shelf and letting it run all over the place. Looking for exotic guitar brutalities.
I’ll keep you posted on the preposterous.
Thanks for tuning in,” the post on the social media site added.

Earlier, the Guitar International Magazine awarded the title of Guitar DVD of the Year to ‘Steve Vai Live in Minneapolis: Where the Wild Things Are’.

“Seeing Steve Vai live is an experience all unto itself, and his latest live release Where the Wild Things Are couldn’t have captured that essence any better. Though the album was released at the end of 2009, this baby had some legs and continued to amaze and inspire viewers throughout the past 12 months, so we decided to include in the 2010 edition of the awards,” the magazine said on the 2-hours-40-minutes-and-27 tracks DVD.

Besides this, Vai grabbed the ‘Guitar Concert of the Year Award’ for performances on the Experience Hendrix Tour, which “allowed fans to see some of their favorite players pay tribute to a man that has inspired countless millions of guitarists and fan across the globe over the past four decades.”

The Philanthropist has also reminded aspiring guitarists that they need to get their entry into the Steve Vai scholarship competition by Friday, January 7 to be considered. The Guitar Institute, part of London’s Institute of Contemporary Music Performance, has tied up with Steve Vai for the scholarship.